Do You Feel Lucky? Finding the Right Counter-FactMarch 8 , 2012 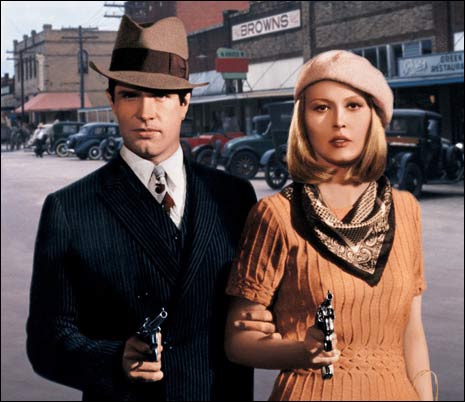 Imagine this scenario:  You walk into a bank where there are 50 other people.  A robber walks in and fires his weapon once.  You are shot in the right arm.

If you were honestly describing this event to your friends and coworkers the next day, do you describe it as lucky or unlucky?   Stop reading for a minute – what evidence would you use to come to that decision?

…Shawn Achor, bestselling author of The Happiness Advantage, uses this exercise in corporate trainings all over the world.  He found that 70% of respondents say they were unlucky.  Their responses?

“I could have walked into any bank, at any time.  This kind of thing almost never happens.  How unlucky is it that I happened to be there?  AND that I was shot?!”

“There’s a bullet in my arm; that’s objectively unfortunate.”

“In entered the bank perfectly healthy and I left in an ambulance.  I don’t know about you, but that’s not my idea of a good time.”

On the other hand, the remaining 30% of respondents claim that they were very lucky indeed with responses like:

“I could have been shot somewhere far worse than my arm.  I could have died.  I feel incredibly fortunate.”

“It’s amazing that no one else got hurt.  There were lots of other people in the bank, including children.  It’s unbelievably lucky that everybody lived to tell the tale. “

No matter which side you took, you invented a counter-fact, an alternative scenario that your brain made up to help make sense of what really happened.

The “unlucky” group compared the real scenario to not being shot at all.  In that case, getting shot really does seem terrible.  The “lucky” group’s counter-fact was something much worse — getting shot in the head or someone dying.

What’s important here is that these counter-facts are completely made up.   They are pure fiction; neither of those scenarios actually happened.  Realizing this gives YOU the power to make up whatever counter-fact you want.  If the first counter-fact induces fear, loss or disappointment, open up your mind to an alternative scenario, one that makes you feel better.

This past Monday,  I was giving a Science of Happiness talk to a nonprofit organization at lunchtime.  Like with most groups, many appeared engaged and excited, and a few looked really skeptical or, even worse, bored.

My first thought was, “Why isn’t everyone seeing the amazing power of this science?  I need to revamp this presentation so it can be more convincing.”

The disappointment and self-critique I felt came from my counter-fact: “Everyone should get this stuff and it’s my job to be sure they do.”   What a stressful perfectionist thing to think!

So I tried this counter-fact instead: “What if I didn’t come at all?  The people who are really engaged wouldn’t learn any of this.  If even half of the people that are listening actually make the small changes I suggest, I may have significantly increased the happiness of 10 people.  How awesome is that!?!?”    Suddenly, I felt motivated and excited and proud.  .

Another example that Shawn uses in his Happiness Advantage training DVD is this: Imagine you have to stay late at work.  If you compare yourself to being at home with your family or out with your friends, you’ll believe you’re in a bad situation and consider yourself unfortunate.

But if you compare yourself to other people who have to work late every day or to people who don’t have a job in this crappy economy, you can see yourself as the lucky one and it will help you feel better in the short term.

But more importantly, when your brain realizes there are multiple ways to view something, it takes energy away from the negative stress part of your brain and activates the part of your brain that can strategize.  This jumpstarts your cognitive skills and creativity so you can get your work done more efficiently and quickly get home to your family.

So, in honor of St. Patrick’s Day, think about being lucky.  Notice the counter-facts you choose this week: what are you comparing your situation to?  What would a “lucky” person compare their situation to?  Which works better for you?